After making my first shadow box to hold the first roses Kevin gave me (Check out the diy RIGHT HERE!) I decided to make a second one.

This shadow box is going to have tickets and various memories from our time spent together in it. Of course I haven’t been saving much of these so it looks pretty sparse right now but will fill up eventually.

Knowing absolutely nothing about saws I simply went to the work bench and grabbed something that looked like it would work. 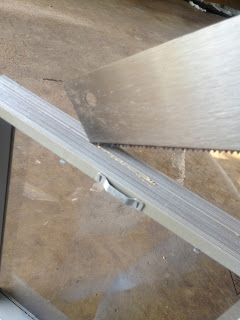 About 30 minutes later I had finally sawed through the thick frame of the shadow box. I’m sure there is a faster/easier way to make the slot but this worked fine for me. 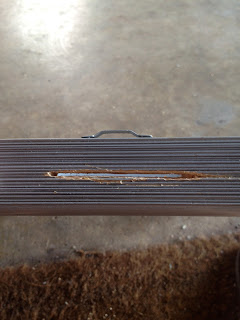 All that was left was sanding out the roughly sawed area – which I simply did by folding a piece of sanding paper in half, getting everything at once. 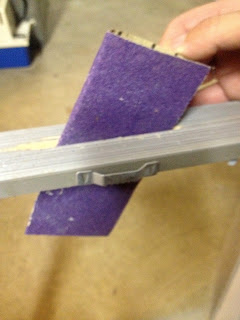 I found this scrapbooking paper at Hobby Lobby and decided to use it as the backing for both shadow boxes. 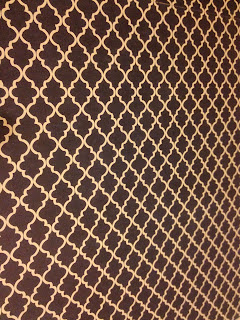 Now I just need to work on collecting items to put inside! 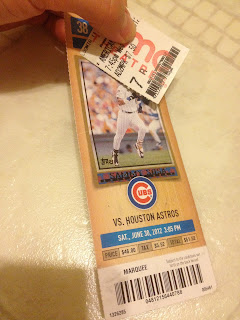 I decided to put a little sign that said 'Admit Two' since the box is centered around memorable moments that Kevin and I have had together.

And here is the final product! 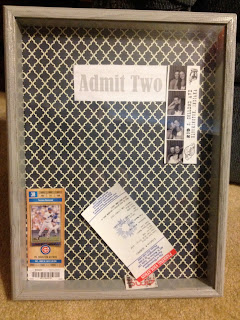