For the Glory of Old IU 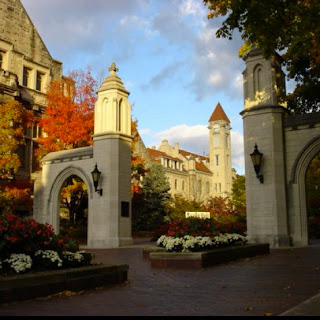 Here are some images of the magical place that I have called home for the past four years. As so many of my other blog posts have demonstrated, I am less than thrilled about leaving IU... but I am ohhh so excited about the adventures that are ahead of me and the next chapter in my life. This past weekend I moved my stuff out of my home in Bloomington and into my new apartment in Indianapolis. My graduate school courses begin in less than a month (eeeeek!!!). I finally am beginning to let go of my life at IU... but here is one last stroll down memory lane.
I have been through my fair share of fire alarm pulls in the dorm freshman year, Gresham hall Taco John trips, frat party adventures, and learning to tolerate Kamchatka shots. I dragged my behind up what seemed like hundreds of flights of stairs in Ballantine Hall and was still learning where certain buildings were located where my classes were held during senior year. I had become a frequent patron of both Mother Bears and Red Mango, as well as having the typical late night fights debating the pros and cons of Pizza X versus Avers or Uncle D's Pizzas. Once I turned 21, the fun only continued as we stumbled through bar crawls, did some horrible karaoke-ing, iced total strangers, spun the wheel at Kilroys, played sink the biz at Nicks, stapled our underwear to The Upstairs Pub's ceiling, and danced on the bar at Sports. We even once played a crucial role in the making of popcorn one night at Dunnkirk. I rushed the court after the IU/Kentucky game and spent the night on Kirkwood to celebrate afterwards. I have danced and played in the Showalter fountain. I have been in bounce houses, down slip and slides, and ridden the Beta Bull. I have been seen in public wearing everything from peacock feathers, a minion costume, to a parrot. I have spent the night with Herman B Wells. I have never once in my college career been as prepared for class as I thought I would have been, or starting studying for an exam as early as I should have, or began my paper with plenty of time to make (probably very necessary) edits... But I have had countless memories with the best of friends. I have been selfish, I have been easily persuaded to let loose, and have a little fun rather than spend all my time with my nose in my books. And I can easily say I will never regret any of it. 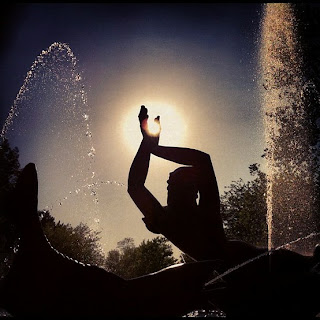